Is global uncertainty affecting the foreign investment market? Yes. Has it extinguished the desire for overseas property? Certainly not.

We’re back in the office after a lively weekend at the Property Investor Show (London Excel).

All of us are long-time attendees of the show, but PIS has been an even bigger event on our calendars for the last few years because we’ve run the international seminar programme.

The Property Investor Show Autumn 2018 was, by all accounts, a successful one.

Visitors were there to learn as well as to invest: the seminars attracted over 5,100 bookings (and several hundred more were standing at the sessions).

John Howell, Editor & Founder of Guides Global, organised the international seminars. He said, “Most of the visitors seemed well-informed and ready to invest in property.” 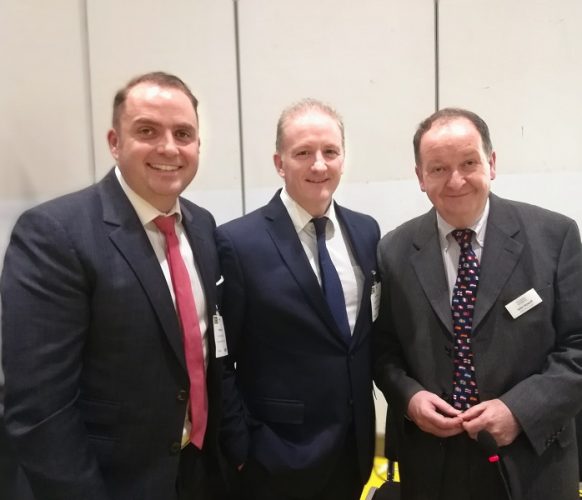 The PIS is mainly a UK-based show but maintains a section from overseas.

“Since its launch in 2002, PIS has always included an international element,” said Mike.

“There has always been an appetite for international investment amongst UK-based buyers – and in some years the international content has been larger than the UK content.”

But he noted that global uncertainty had hit the show’s foreign section. “We are operating in a changing environment – which has been particularly tough for the show’s international business in recent years.

He pointed out that this wasn’t a brand-new problem: “Prior to 2011 the show contained a large North African component – primarily from Egypt and Morocco – however, since the 2011 ‘Arab Spring’ Uprising this content has been missing.”

“Like most exhibitions, PIS tends to act as a litmus test for the state of its market – and more specifically as an indicator of the levels of activity in the various the sub-sectors that make up the total market.”

In the last quarter of 2018, many of us are reflecting on the stories which have dominated the news: Brexit and the US administration in particular.

Whatever your opinion of those issues, all agree that they’ve introduced uncertainty into global markets. And yet, from what we saw at the show, this doesn’t appear to be dampening international investor interest.

Having spoken to all the internationally-minded people we could get our notebooks near, we came away with some interesting insights.

Vitaly Modlo (Director of Investor Relations, CMB Regional Centres), spoke to John (Editor & Founder, Guides Global) about visas and immigration for the US.

It’s a topic that’s barely been out of the news this autumn, as the current administration continues to inspire speculation and unease in the minds of potential pond-hoppers.

But Modlo, an expert in EB-5 visas, took a level-headed view of the matter. He said that turbulent times in other parts of the world were having more effect on his business: and, if anything, it was in a positive way. The number of people seeking the relative stability of the US is still high, he explained.

John Howell backed him up: “Immigration to the US, especially using the EB-5 Investment Visa, seems to be as popular as ever, despite the strange behaviour of President Trump.”

On the pure investment side of things, Adam Ryan (Associate Director of Chicago Property Company) confirmed that Trump hadn’t made a noticeable dent in business: “Ultimately, whether you like the current POTUS or his administration shouldn’t be a factoring deciding where to invest,” he said. “An investment is, or is not, a good one based on its own merits.”

But is the US stable enough to invest in? “The US economy is extremely bullish at the moment, whilst still recovering strongly from the 2008 Global Financial Crisis – which suggests that it is a good time to invest, provided you pick the right location.”

And where’s that? “You need to understand an investor’s goals, and the size and structure of their real estate portfolio, before making a true recommendation – this ensures concentration of risk is well-managed – but I can say that Chicago buy-to-let is very profitable right now.”

Europe – bored of Brexit, back to buying?

“Since the Brexit vote of 2016 there has been a reluctance for many companies based in the traditional European resort destinations to target the UK-based investor until the UK’s position becomes clear,” Mike Doyle told us.

We long for the day when the B-word doesn’t have to top the list of questions, but Brexit is still very much on property investors’ minds – it would have been remiss not to ask the European exhibitors who did attend how it had impacted them.

The answer: surprisingly little. Speaking to exhibitors, Guides Global heard that pure investment products (such as those offered by Investix in Germany) are little-affected due to their structure. Many investors buy through companies set up in the country in question – the legalities of which are unlikely to change after Brexit.

Other exhibitors echoed the unconcern. Busy Bees (North Cyprus) told us that they’d taken several reservations at the stand – something rarely seen since the financial crash.

EFPG Raine, from Gibraltar, said that British interest in the island was still high – many buying investment properties that housed medium-term (six months or so) working tenants. Gibraltar is a bit of a special case due to its unique circumstances: a strong connection to the UK, a shortage of housing, low unemployment and a growing hub of industries such as online gambling.

It’s worth noting that those exhibitors who did feel able to attend PIS are going to be skewed towards doing well despite Brexit – those hardest hit simply wouldn’t have attended. The companies we talked to were selling off-beat investments: not the typical UK-targeted wares of Spain, France and Florida.

Nevertheless, the show was full of good signs for would-be investors in Europe.

“There seems to have been a noticeable change in investor sentiment about Brexit,” said John Howell.  “For the last 18 months, many people have not been willing to commit themselves – citing the uncertainty surrounding the outcome of Brexit. That now seems to have passed.”

As well as the traditional markets mentioned above, the Property Investor Show is bringing emerging and alternative markets to UK investors’ attention – something it’s been doing for many years.

“We currently have a burgeoning property development sector in Nigeria,” Mike Doyle said. “Companies from that country are keen to visit the UK and meet relevant buyers.”

More on Nigeria in an upcoming post: the story is quite different from Western markets’, as uncertainty factors such as corruption reportedly decrease in the country.

It’s possible that investors and potential emigrants are simply getting used to uncertainty. Although caution and due diligence is highly recommended when buying abroad, undue hesitation can also be seriously damaging for investors looking to build a property portfolio.

John Howell concluded, “Investors have realised that they cannot put their plans on hold whilst the politicians play at finding a solution.”

Francine Carrel is the assistant editor of Guides Global.

She has been a journalist for over 10 years, specialising in international issues for most of that time.