When examining healthcare around the world, it's easy to focus on the most visible problems. What happens if you break your leg in Turkey? Will you be able to afford cancer treatment in America?

On World Mental Health Day 2018, we shine the spotlight on this often-ignored but incredibly important facet of healthcare.

Mental healthcare is under-funded and overlooked across the globe. There are many reasons: lack of knowledge about the brain’s physiology and psychology, a scepticism surrounding mental health disorders, and the stigmatisation of mental illness being among them.

For the past few decades – particularly since the start of the new Millennium – international organisations, including The World Health Organisation (WHO), the United Nations (UN) and the World Bank, have begun to prioritise the issue of international mental healthcare.

The real challenge lies in persuading governments to take the same approach.

As academics, doctors and politicians learn more about mental health, the impact – humanitarian and economic – of our lack of action has become clearer.

The Lancet Commission today released a report which details some of the work ahead, as well as noting the progress made so far. As the report stresses, there is a great deal of damage already done – and, indeed, still being done.

As the new Lancet report says, solving a mental health crisis on a global scale is tough: every country is a unique collection of historical, cultural and material circumstances; which contribute to its unique set of problems.

These nationally individual issues are what you need to consider when you’re planning to live abroad.

What do you need to know about mental healthcare if you’re moving to a new country?

In low- and middle-income countries, between 76% and 85% of people who suffer with mental health problems receive no treatment at all. For high-income countries this figure is a better, but still less-than-ideal, 35%-50%.

The difference in culture surrounding mental illness is paramount – and it can be jarring. Globally, the average number of mental healthcare workers per 100,000 people is nine – but this figure is largely useless when you consider the extremes at both ends (from below 1 to over 70)

In many countries, mental illnesses like schizophrenia are still ‘treated’ through isolation, or compulsory stays in prayer camps.

Before you make a move abroad, ask the following questions of your potential new nation:

Once you start digging into the data, even more questions present themselves:

Where can you find this stuff out?

Many organisations have gathered data on mental healthcare. Check out WHO’s Assessment Instrument for Mental Health Systems (WHO-AIMS) country reports and the Lancet in particular.

Our World in Data (who made the embedded maps above) have produced a fantastic, thorough guide on mental health around the world.

The problem with these sorts of resources is that they are, of necessity, based on self-reported data (by the individual or by the nation’s government).

Contact institutions you will be directly involved with – schools for your children, your workplace, your local hospital and GP – and ask about their provisions for mental health.

Ask your health insurance company. If you are using an international company (something we often recommend) they should be aware of the cross-border differences in mental healthcare and may be able to advise you.

You can also ask fellow expats. The internet has resulted in huge, active online communities of expats in various countries: some of them will have dealt with mental health issues in the past. Ask these communities for information and advice.

Moving the Needle: Mental Health Stories from Around the World (World Bank, April 2018) 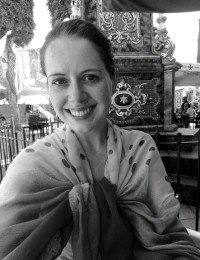 Francine Carrel is the assistant editor of Guides Global.

She has been a journalist for over 10 years, specialising in international issues for most of that time.